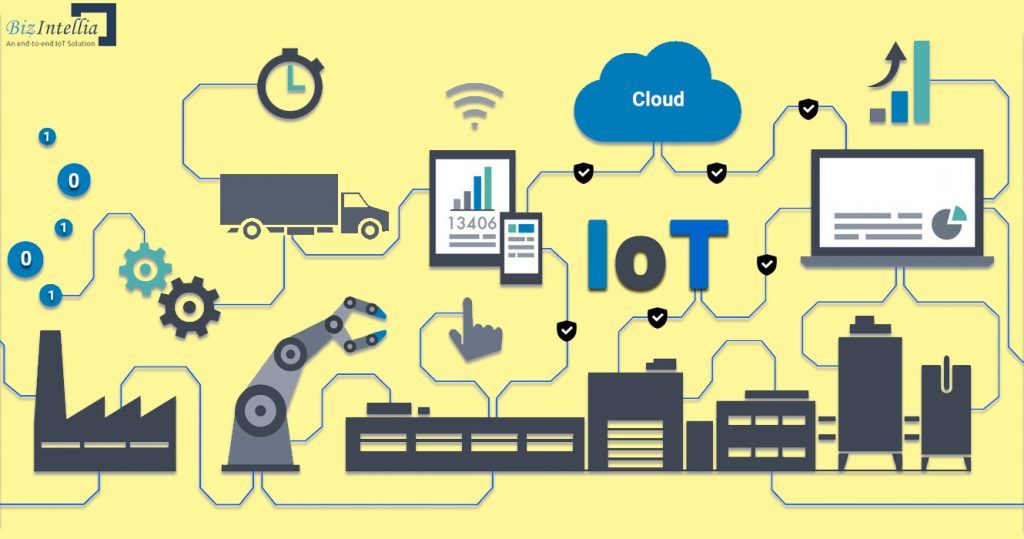 IoT: A Mainstream and Disruption in Business Model

How has IoT transformed the present era and what was the need?

Letâ€™s connect everything with the internet. Yes, Everything.

In the recent years not only the life expectancy but also the literacy percentage has improved when technology touched many lives. Industrial Internet of things (IoT) is the evolvement of the machine-to-machine model where device just like machines are connected to each other and true IoT solutions provide direct access to any device from any device.

With the traditional Machine-to-Machine (M2M) technology many advantages like incremental Network traffic, system integration for IT and asset efficiency played major role in the success of the technology. M2M is the foundation of IoT but at the same side M2M and IoT are not same. M2M is independent of IoT but IoT depends on M2M. IoT took M2M to a different and an advanced level such that it brought together the distributed system at one large connected system. While M2M systems were using point-to-point communication between machines, sensors and hardware, security issue was always a concern and later became a challenge. With time M2M had its footprint in almost every industry but still used to face few significant challenges which were hurdle in the future growth of M2M. Cost aspects for deployment, risk of failure of large no. of devices, security and privacy of data served as challenges in M2M model.

As the technology touched every life, there came IoT where huge no. of devices were there but â€śconnected to internet.â€ť From the recent research it has been known that there will be 30 billion devices by 2020 connected to each other with the help of internet. As IoT is at mainstream, it has completely enhanced the KPIâ€™s of business. Because IoT showcase following features, it has been at boom in the market:

The benefits of Industrial IoT has completely changed the scenario of the industries. As large number of devices are connected through internet, securing the data was always a concern. With the Internet of things in business solution, the data got more secured. Integration of IoT services with sensors and video cameras helped in monitoring the workplace such that the equipment are safe and does not cause any physical threats. The connectivity of the Industrial IoT solution with the multiple teams has helped in resolving the issues very efficiently. The Industrial IoT business solution has made the business processes much smarter as real-time tracking and immediate decision making came up along with this technology.

As the utilization of the assets increased, productivity also increased. For example, predictive analytics and real-time analysis reduced the maintenance cost of the industry. Real-time data received from various devices like sensors is used by Industrial IoT solutions which in turn improved the efficiency and reduced energy costs. Industrial IoT brought a new skilled workforce as the skills that were used few years back were the traditional ones. The need to re-skill and adjust people according to new technology became a major concern to meet the business needs. New assets have improved the skills of man force and have given them a better exposure towards the technologies.

The real-time tracking of the data from devices like sensors etc. implemented operational insights such that smarter and immediate business decisions can be taken. With the immediate business decisions more business opportunities were explored which added more benefits to industrial IoT solutions. With Business Intelligence in Internet of things (IoT), the decision making process of the industry got increased. Identification of patterns and user-friendly correlation of trends are out of the box solution that a right IoT company would provide. With the right Industrial IoT solution, prioritizing and distributing of the decisions was no more a challenge.

Next up, Industrial IoT has made everything smarter. With number of devices connected with each other and internet, they act as catalyst which tells about the real-time information across the distribution and production center and warehouse. The Smart inventory management has reduced the cost of inventory and also the management errors. In fact, the data from different devices has strengthened the inventory system and management of devices in Industrial Internet of things.

IoT in recent has seen an exponential growth as it has widespread its usage in every vertical. Finally, we can conclude that the future will be smart as we will be with Smart technology which will turn everything smart like smart city, smart homes, smart cars and many more. IoT can significantly change the business model of an industry as it is making everything smarter and advanced. Not only this, but Industrial IoT Solution provided a large amount of smart tools to change the strategy of any business.