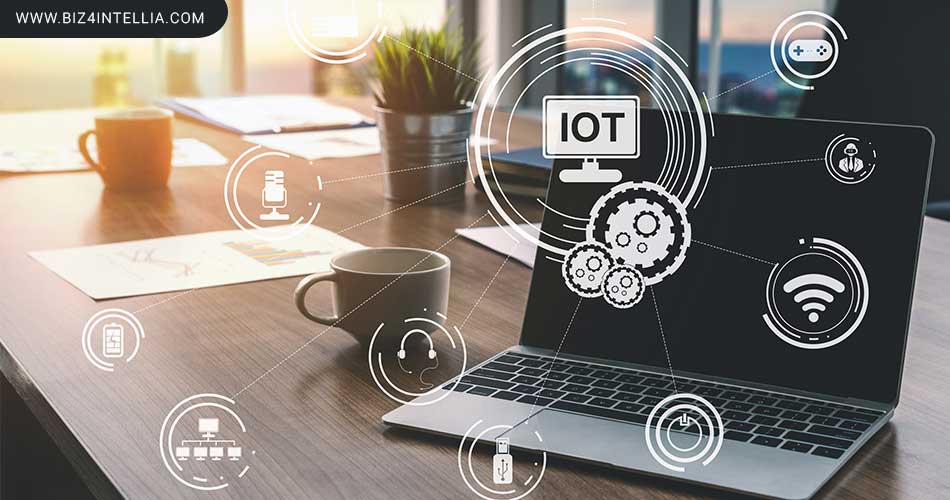 The Internet of Things (IoT) technology possesses a vast potential to offer business value that goes beyond operational cost savings. The market of the current IoT ecosystem is largely untapped and has an excellent opportunity for IoT solutions that brings the business value by collecting and analyzing disparate data in real-time.

It is no surprise that disruptive technology such as IoT has a very complex ecosystem. Even at a basic stage, there are many technical and non-technical pieces that must be brought together for a successful implementation.

Hardware or devices are the first components of which most of the stakeholders are aware. According to a survey by CompTiA, 72 of the respondents are familiar with the hardware components in an IoT ecosystem.

IoT endpoint or sensor is some form of hardware and/or software that runs logic to detect or cause a change in the state of things. For example, it can be a chipset for sensing, connecting, and processing; an actuator for moving or controlling.

IoT endpoints typically generate data about things. The data can be analyzed both at the IoT endpoint or gateway level and at the IoT platform level. Enterprise-oriented IoT endpoints include operational technology assets like manufacturing equipment, jet turbines, and office buildings.

Although most IoT endpoints interact with the IoT hub via IoT gateway, some IoT edge technologies support "mesh computing". Examples are consumer products like smartphones, smart watches, and televisions that interact with each other.

By making use of the IoT gateways, data, ingested from endpoints by IoT sensors , is transmitted to a centralized IoT platform hub. The critical roles of an IoT platform hub include IoT device provisioning, management, and control; data analytics, and back-end system integration. Most commonly used IoT platform hubs are cloud-delivered PaaS

A user-friendly UI provides a visible and tangible layer where the end-users can simply access the information without putting any extra efforts. These applications should be able to deliver the IoT data in the simplest manner.

It is one of the components which is least focused on during the IoT implementation in earlier days. Companies typically focus significant focus on instrumenting their "things" and picking an IoT platform hub to meet IT project requirements. However, they underestimate the degree of impact these projects will have on their existing enterprise applications.

The current fragmented ecosystem of IoT standards, devices, and services makes enterprise IoT deployments time consuming and slow. Typically, IoT deployments focus only on a single use case and are incorporated with redundant infrastructure, which lacks security and requires widespread systems integration to interoperate.

Biz4Intellia's strategy is to work with an open IoT ecosystem to make IoT easy to implement, utilize, and scale for all players. Our approach to digital business transformation is through trust-building collaborations and partnerships.