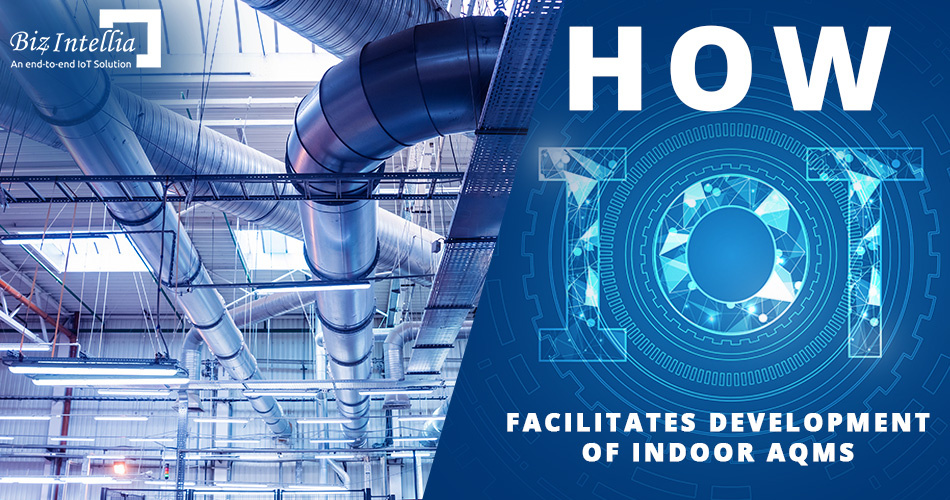 If you think that the quality of air inside any four walls is better than the air outside, then these statistics will surely change your mind:

This makes indoor air pollution one of the leading causes of death globally. Also, since most people spend more than 90% of their time indoors, the increasing air pollutants level indoors is a major social concern.

Additionally, particulate matter and other pollutants found in the air inside any building cause severe respiratory ailments such as asthma, cancer, and respiratory inflammation. Moreover, low air quality in an industrial premise reduces the efficiency of workers and their ability to follow guidelines or process vital information.

Why is Indoor AQMS Important in Industries?

According to EPA, poor indoor air quality affects one-third to half of the commercial buildings in the US. And the effects of the toxic working environment arenā€™t getting unnoticed. More than 24% of workers in the US have reported air quality problems in their workplace and more than 20% of the workers believe that the poor air quality hampers their productivity.

Moreover, as per a census, more than 10 million workdays are lost every year due to illness caused due to poor air quality in industrial premises. Hence, controlling the quality of air is important in companies to ensure that the efficiency of workers doesnā€™t drop, keeping the productivity at a maximum.

With the help of AQMS and other similar systems, the quality of air in any enclosed facility can be monitored and controlled in real-time. All air quality parameters like ground-level ozone, carbon monoxide, sulfur dioxide, nitrogen dioxide, particulate matter, etc. can be measured and effective steps can hence be taken to condition it as per requirement.

Using the Technology of IoT for Indoors AQMS:

Internet of Things with its wireless infrastructure and advanced telemetric features is one of the most influential technology in the current era. Its application in vivid applications has allowed industries to optimize their on-floor activities, enhance decision-making processes, support supply chain, and increase overall production. These advantages are ushering the fourth industrial revolution, allowing companies to become intelligent.

In the field of air quality monitoring as well, the technology is empowering the development of smart indoor AQMS systems. These systems allow monitoring of air quality in a facility from any remote location in real-time. By using wireless, battery-powered, and easy to deploy sensors, air quality parameters along with other variables such as wind speed & its direction, weather parameters, temperature, and humidity can also be monitored.

These IoT powered air monitoring solutions allow companies to garner different benefits. Letā€™s look at some of them:

The air quality monitoring system hence allows monitoring of several parameters that affect the air quality index. With the integration of IoT architecture in these systems, the concentration of these variables can be monitored from any place in real-time. This helps in creating an appropriate working environment for workers, reducing breakdowns & downtime, and facilitate proper surroundings for different manufacturing processes.